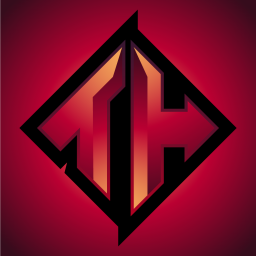 As the name and logo suggest, we're here for a good time, not the politicking and power trips that comes with most clans and servers. We play games as genuine friends who actively look forward to playing with each other. So much so, that only a few months ago, a group of us all met up and embarked on a road trip across Ireland! We're not saying you have to commit to us to that level, but if you fancy a bit of craic and proper gaming without the *****, give us a shout! Who knows where it could lead. Life long friends?

We're a community orientated discord who enjoy playing games and having a laugh more than any sort of hierarchy or moderation (its in the name). You're free to be who you want, play what you want and pretty much do and say what you want as long as you don't start a keyboard battle and specifically direct it at any of our other members intending to cause offence. We enjoy a laugh but none of us can be bothered with that sort of carry on. We were founded based on that ideology, having left a big so called 'community' before that had nothing community orientated about it, in our opinion, instead preferring censorship and dictation. And we weren't just one or two disgruntled members, but over 80 people left all at once to start up this discord. A day later, that number had grown to 120 from people that had heard about us and drifted in, mostly ex members that had been banned for one stupid reason or another. Our own community. We host our own dedicated servers currently for Arma 3 that runs exile, zombies and many more mods and with further supported games coming within the following days. Minecraft, Ark, World of Warships to name a few. We do monthly giveaways from humble bundle games to AAA titles for our active players with this months games being COD WW2, Crash Bandicoot and Spyro!

You need to be logged in to view and leave comments